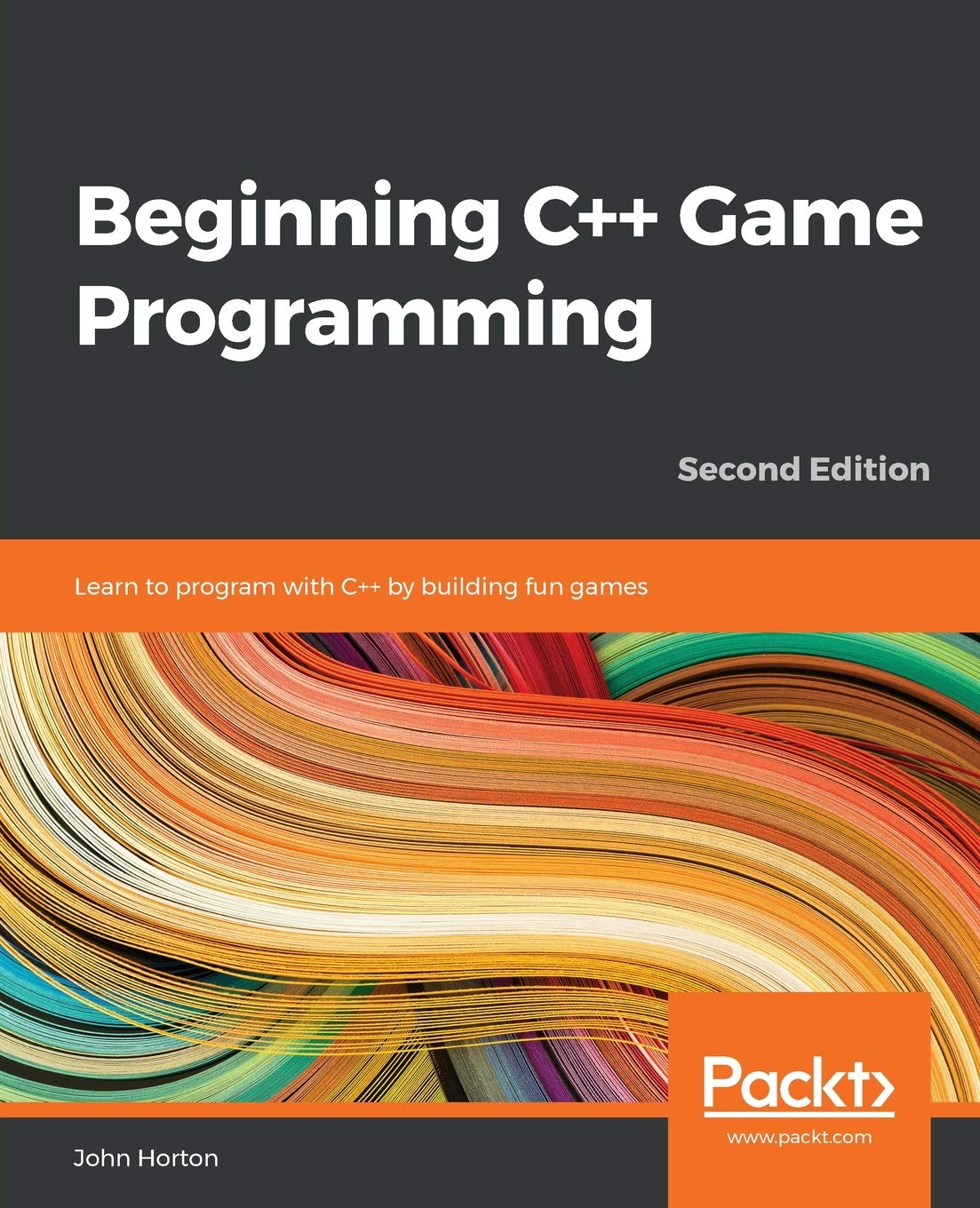 The second edition of Beginning C++ Game Programming is updated and improved to include the latest features of Visual Studio 2019, SFML, and modern C++ programming techniques. With this book, you’ll get a fun introduction to game programming by building five fully playable games of increasing complexity. You’ll learn to build clones of popular games such as Timberman, Pong, a Zombie survival shooter, a coop puzzle platformer and Space Invaders.

By the end of the book, you’ll have gained the knowledge you need to build your own games with exciting features from scratch

What you will learn

Who this book is for

This book is perfect for you if you have no C++ programming knowledge, you need a beginner-level refresher course, or you want to learn how to build games or just use games as an engaging way to learn C++. Whether you aspire to publish a game (perhaps on Steam) or just want to impress friends with your creations, you’ll find this book useful.

(N.B. Please use the Look Inside option to see further chapters) Mandala Coloring Book for Kids: Big Mandalas to Color for Relaxation And Stress: Symmetrical Designs Coloring Books For Children And Teens For All Levels