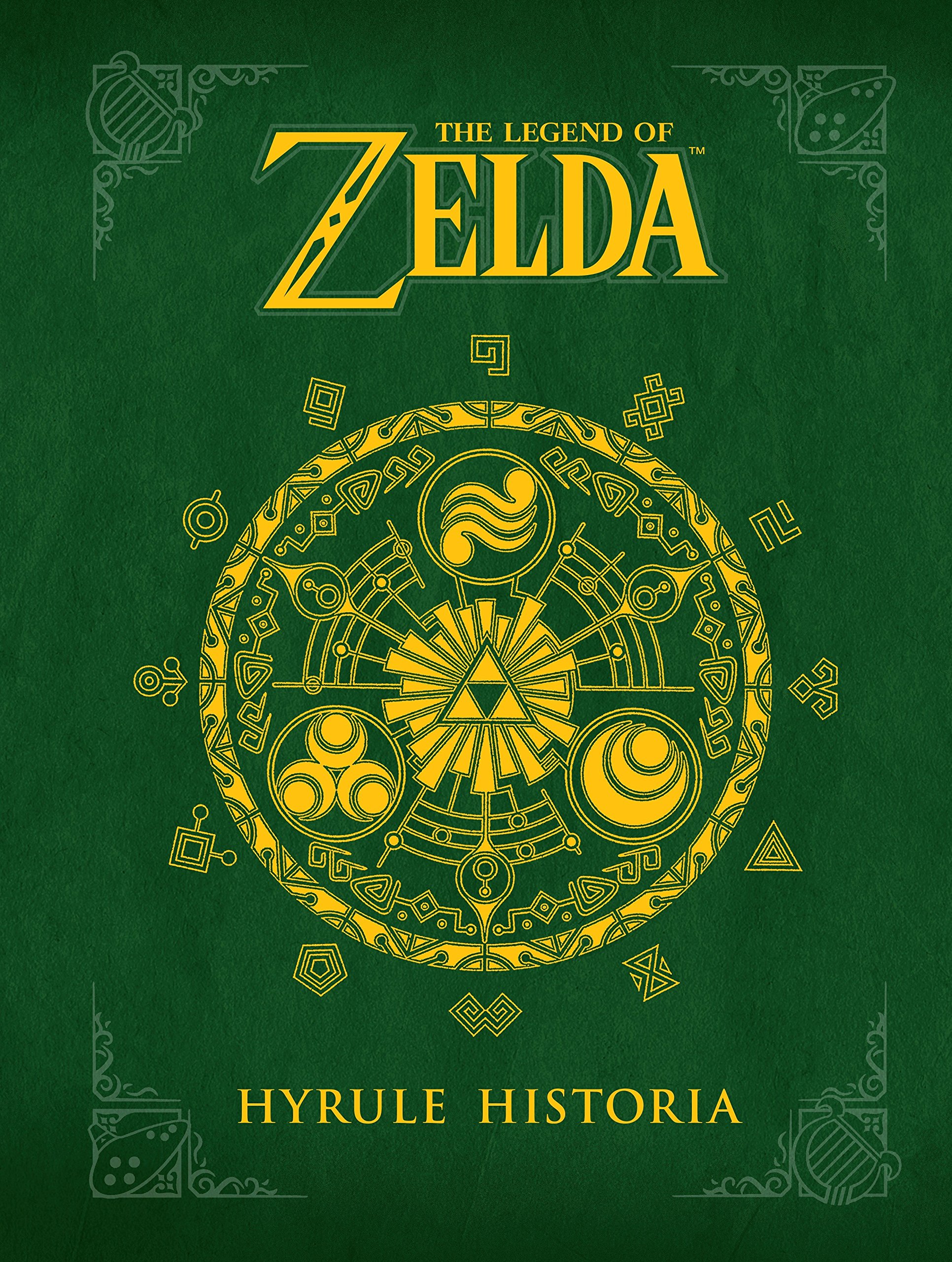 Created in partnership with Nintendo this book offers unparalleled access to the Legend of Zelda! Grab your copy to become the ultimate Hyrule Historian!

Features rare and never before seen material including:

Become the ultimate Hyrule Historian and collect the series!

Contains an unparalleled collection of historical information on The Legend of Zelda franchise. This handsome hardcover contains never-before-seen concept art, the full history of Hyrule, the official chronology of the games, and much more! As a bonus it also includes an exclusive comic by the foremost creator of The Legend of Zelda manga — Akira Himekawa!

Over four hundred pages of fully realized illustrations from the entire thirty-year history of The Legend of Zelda! Every masterwork is printed on high-quality paper in an oversized format so you can immerse yourself in the fine details of each piece. This book includes rare promotional pieces, game box art, instruction booklet illustrations, official character illustrations, sprite art, interviews with the artists, and a great deal more!

This 320-page book is an exhaustive guide to The Legend of Zelda from the original The Legend of Zelda to Twilight Princess HD. A comprehensive collection of enemies and items, potions to poes, an expansion of the lore touched upon in Hyrule Historia, concept art, screencaps, maps, main characters and how they relate, languages, and tons of extras including an exclusive interview with Series Producer, Eiji Aonuma!

Honoring the game that started it all by recreating the original gold cartridge as faithfully as possible. The book comes with a black Nintendo sleeve, lined with velvet flocking, and an instruction booklet with fun, theme-appropriate material inside. The cover is a gold foil paper with gloss lamination and a spot gritty varnish. This book looks and feels so much like the original cartridge you might find yourself blowing into the bottom before you open it!

Relive Nintendo’s Game of the Year! This oversized hardcover is the ultimate art & lore companion to the award-winning video game and includes material from both of its DLC packs! This book features sketches and official illustrations from Takumi Wada. Design artwork and commentary about the making of the game from the creators. Historical section that divulges the history of Hyrule as it is known in-game, and interviews with key members of the development team. Witness the making of a champion!

Mandala Coloring Book for Kids: Big Mandalas to Color for Relaxation And Stress: Symmetrical Designs Coloring Books For Children And Teens For All Levels Art Unfolded: A History of Art in Four Colours